Life is a gift 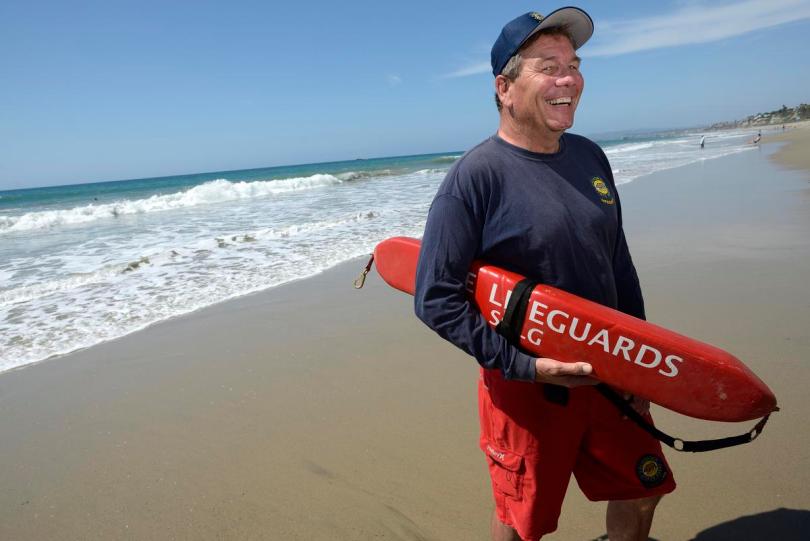 Some could say the 58-year-old Underhill was, indeed, broken. His vertebrae were shattered in two places. His chin has a scar where his body was flung onto the sandy bottom by a massive wave. His heart stopped beating.

But it wasn’t enough to keep Underhill of Huntington Beach away from the profession he has loved for decades: lifeguarding Orange County’s beaches. Last weekend, Underhill dipped into the chilly water at San Clemente State Beach for a re-qualifying swim test to rejoin lifeguards on the sand this summer, just as he has done every year since 1974.

He doesn’t remember much about the incident and was left in a coma for days before awaking, much to the surprise of those who found his limp body tumbling in the wild surf that day. He has been in bigger surf through the years, but “It was just a freak thing last summer. I was just at the wrong place at the wrong time.”

Underhill is a longtime lifeguard who has spent summers since the ’70s guarding various Orange County beaches. He started at 17 at San Clemente City Beach, back when lifeguards were paid $3.06 an hour.

He switched to San Clemente State Lifeguards a few years later and in 1982 transferred to Huntington State Beach, where he has been every summer since.

Through the years, he has done various winter jobs like selling pharmaceuticals, which allowed him a flexible schedule. But one thing stayed the same: his desire and commitment to saving other people.

Each year, he’d show up for the re-qualification test, put on his Speedo and compete for a spot as a seasonal guard….
By LAYLAN CONNELLY